Osmaniye is an important province in terms of underground and aboveground resources. There are no problems in electricity generation and agricultural irrigation due to to the rivers and dam lakes.

Osmaniye has a very advantageous position in terms of renewable energy sources due to the length of sunshine duration and wind energy potential. Wind power plants in Osmaniye have been actively operating since 2009.

With the investment in wind power, Turkey has reached installed capacity of 7.369,35MW. Osmaniye has 265,3MW power, which is 3.6% of Turkey’s production. 37% of the province's 718 MW potential has been invested.

Licensed and Unlicensed Total Installed Power 1,136,29 MW. 1.25% of the country's total power is generated in Osmaniye. 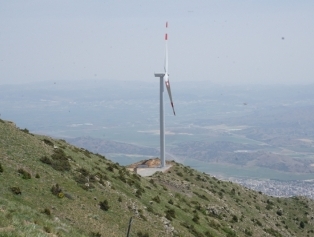