The region where Osmaniye is located in the east of Çukurova has been a settlement since the earliest times in history and has been influenced by many civilizations and also is located in a geography where there are significant historical and cultural monuments.

The ruins of Domuztepe and mounds in Osmaniye belong to Neolithic, Chalcolithic and Bronze periods. Hittite, Assyrian, Persian, Greek, Roman and Byzantine states and some tribes lived their lives from the first ages. Then the tribes of the Umayyad and Abbasids lived in this land, with the Turkish conquest of Anatolia from the 1080s, the Turkish tribes came.

Culture and nature tourism potential, the wealth of flora, to the cradle of the ancient civilization with a history and a culture of regional cuisine with an important position in Turkey.

Osmaniye is located in Cukurova, on the eastern bank of the Ceyhan River. Also Osmaniye is a busy area due to Ceyhan River, Hamis, Karaçay, Kesiksuyu and wetlands due to the Sabun stream, as well as the intersection of the roads connecting Çukurova.

Amanos Mountains and Taurus Mountains have many endemic plant diversity with both flora and fauna. Almost all of the Mediterranean plants grow in Osmaniye, where the Mediterranean climate is experienced. Forests and shrubs covering approximately 42% of the province's land attract attention with its rich flora. Some plants (Krokos, Cukurova Orchid, Cukurova Violet) that are not found anywhere in the world grow only in this region. The suitability of natural flora provides an environment suitable for cultivation of medicinal aromatic plants by cultivation

The 2-station Düldül Mountain cableway system being built in Düziçi district is 5450 meters long. Height difference between upper and lower stations is 1,548,50 meters. Below the Düldül Mountain, Düziçi Plain, Berke Dam, Aslantaş Dam, beech forests and the presence of different forests in the Sabunçayı Valley in the southern part reveal many shades of green. 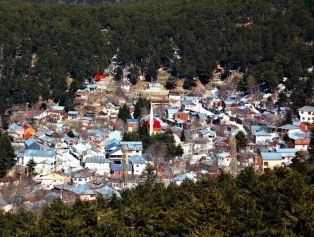 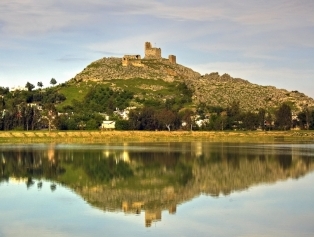 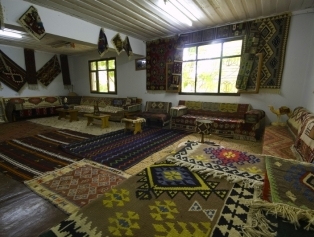