Groundnut In 2012, has become the geographical indication product of the province with the registration at Turkish Patent and Trademark Office (Turkey Patent Institute)

In over 300 large and small businesses in Osmaniye, groundnuts are processed and marketed. Some of these enterprises are branded and produce packaged products, others process and market semi-finished groundnuts as shelled or unshelled raw materials. About 4,000 families earn their living through people working in groundnut plants, which are particularly important for women's employment in the province.
It is used as raw material in groundnuts, nuts and food industry and in oil production. Bark and plant can be used in animal feed production.

Production Area and Output of Some Agricultural Products in Osmaniye

Source: Osmaniye Provincial Directorate of the Ministry of Food, Agriculture and Livestock, 2018

Greenhouse Farming Practices There are 26 plastic greenhouses, 7 high tunnels and 1.006 low tunnels in Osmaniye. It is evaluated that there is an investment potential in this area for people and companies, planning to invest in the field of agriculture.

Animal Production
According to the data from Osmaniye Provincial Directorate of the Ministry of Food, Agriculture and Livestock, there was 874.188.750 TL's worth of plant and 328.761.689 TL's worth of animal value in 2013 in Osmaniye which has, 1% of the number of cattle in Turkey.

Source: Osmaniye Provincial Directorate of the Ministry of Food, Agriculture and Livestock, 2018 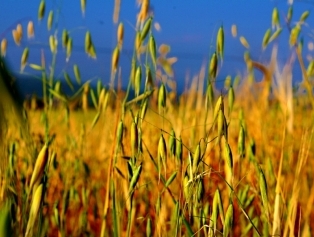